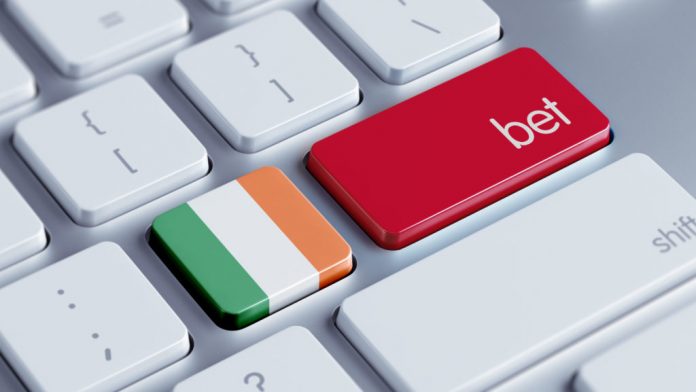 Back in December 2019, the Cabinet approved a plan to establish a new regulator within the Irish gambling industry. Along with that, Ireland’s publication of the Gaming and Lotteries Amendment Bill was also published.

In this post, we’re going to take a closer look at the situation at hand. We will also delve into more detail on how the new gambling laws will eventually affect gaming operators and the players.

An Overview of the New Gambling Regulator

Justice Minister Helen McEntee argues that this programme shows that the Government is committed to establishing a regulator that prioritises players’s safety and well-being. Furthermore, this will open more doors to further discussion on online gambling and land-based gambling and regulating advertising when it comes to gambling apps and websites. At the time, Minister of the State David Stanton discussed the possibility of the new regulator being introduced within an 18-month time frame.

Nevertheless, McEntee has penned a written response to TD Pádraig O’Sullivan stating that the Justice Department is still developing it. In fact, the launch is delayed until at least next year. That said, work is well underway to work towards defining new rules for the Irish gambling industry. In this regard, McEntee states that she wanted to make sure that her department produce something that is able to deal with any complexities within the industry. Her hope is to be able to bring forward some proposals by 2021.

Since this is a huge a project that is quite complex due to outdated gambling rules and the new technologies that will replace them, McEntee feels that it is extremely important that it is done right. In this regard, the new regulator will be defined on strong grounds and all information about it will be research thoroughly.

Given that there is no launch date as of yet, the Irish gambling industry and players will have to wait for more updates until the regulatory office is officially set up.

The Gaming and Lotteries Amendment Bill

Although it was first approved and signed last year, the Gaming and Lotteries Act 2019 will finally come into effect on 1st December 2020. After years of having to deal with outdated and archaic laws that date back to 1931 and 1956, the Irish gambling industry will now be able to a fresh outlook on gambling laws and legislation. This includes benefits for those who run gambling campaigns in Ireland. Without any further ado, here are some highlights that will be introduced by the Act.

Under the new regulations, operators and players will be able to benefit from a less complicated permit and licensing application process as follows:

1. The person in charge of the entity, the character of the applicant, or if the applicant represents a corporate entity.
2. The number of game permits that are issued within different counties/areas
3. How suitable is the proposed premises
4. The types of games proposed
5. If charitable and philanthropic purposes involved in the games proposed

Along with these new regulations, the District Court will have the power to impose conditions that limit gaming hours, along with restricting certain forms of gaming. On top of that, Revenue Commissioners will manage an online database featuring all gaming licenses.

The District Court grants all lottery licenses. The rules are quite similar to what we just discussed in the previous section. Once again, the Garda Superintendent considers a number of factors such as the applicant, the purpose of the lottery and if any other lotteries are being held in the area. In this way, this gives the District Court a better idea whether it should grant the license or not.

As far as lottery games are concerned, permits and licenses remain the same. However, there are a couple of new changes that have been introduced under the new Act. Whilst permits will still be given by the local Garda Superintendent, a notice period of 60 days has been imposed. As far as prizes and ticket costings are concerned, the maximum prize remains €5,000 and each ticket cannot cost more than €10. If the prize exceeds €5,000, applicants need to be granted a lottery licence.

Lotteries that will benefit philanthropic purposes don’t require the promoter to have a permit or license. However, there are some rules to keep in mind under the new act:
1. Prizes shouldn’t exceed €1,000
2. The maximum price of ticket is €5
3. Not more than 1,500 tickets should be distributed
4. The promoter will not receive any profit
5. Promoter has not hosed any other charitable events during the past 3 months.

Stakes and prize limits will also change under the new Act. In this regard, all machines and other forms of gambling that exceed a maximum stake of €5 and a maximum cash prize of €500 require a gambling license from the Revenue Commission. That said, all applicants must first obtain a license from the District Court before a license can be granted.

If we look at the previous legislation, no legal age was specified since venues and other forms of gambling featured different age limits. Once the Act comes into operation, the new age limit for gaming, lottery activities and tote betting is 18.

Implications of Act 2010 – Game and Lotteries

Operators need to change the way they create marketing campaigns and commercial products once the Act is introduced. On top of that, they need to consider the new changes to the licensing and permits, promotional marketing, gaming machines, stakes and age limits. We stress all casino operators to take note of the upcoming rules as the penalties are much higher than the previous gambling laws.

A Look at Gambling and Regulations Laws in Canada

The Gambling Regulations and Laws of New Zealand