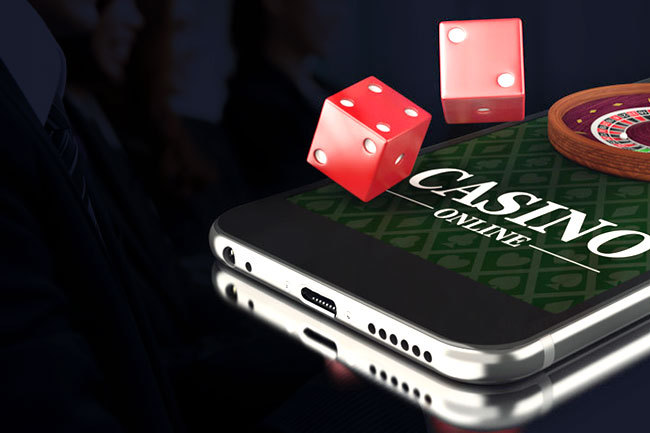 Ontario is finally one step closer towards legalizing online gambling. Being one of Canada’s largest provinces, this is extremely pivotal towards  growth of the Canadian Gambling industry. Bearing this mind, we will now be taking a closer look at how a potential legislation that was promised in the 2020 budget will impact Ontario, the economy and the players in a very positive way.

Canada’s largest province is making the headlines for all the right reasons. That’s right – Ontario is well and truly on its way towards legalizing online gambling. As discussed in the 2020 budget, the government stated that the introduction of online gambling would finally end the iGaming monopoly.

At the time of writing provincial lotteries and various online casino games are governed by Canadian federal law. The only exception is charitable gambling. Other than that, certain forms of gambling are currently banned, including single-game sports betting. On that note, one can argue that the legalizing and regulating of the online market would eventually allow players to play casino games that are currently prohibited. This includes casino classics such as online poker.

It seems that Canada is making further progress when it comes to online gambling. Interestingly, it wasn’t always this way though. In fact, gambling was prohibited up until the 1950s. Things started to change in 1969 when changes were made to the Criminal Code. Thanks to the motion that was filed, Canadian residents from different provinces and territories were finally able to purchase lottery tickets (as long as they were regulated) and also take part in charitable gambling.

Since then, Canada has certainly come a long way. Nowadays, online casinos, poker rooms and online sportsbooks are licensed by the Kahnawake Gaming Commission. Additionally, this gaming body regulates three land-based poker rooms within the Mohawk Territory of Kahnawake.

Provinces like Ontario have a long history of gambling. In fact, players have a number of options here. They are legally allowed to participate and place bets on horse races, land-based casinos, sports betting, video lottery terminals, lottery and charitable gambling. Similarly, Alberta is also quite liberal when it comes to rules and regulations.

However, a common factor between these provinces (and others) is that online gambling is still technically illegal. So, what do we mean by ‘technically illegal’? The short answer is no, you can’t place bets online. The long answer is more detailed – here’s the full low down.

At the time of writing, online casino providers aren’t legally permitted to operate within provinces and territories across Canada. Anyone caught doing so may be prosecuted. However, the players aren’t affected in all of this. According to Canadian gambling laws, players can currently create an online casino account, place bets and also play various casino games at licensed offshore casinos. This goes without saying, but we’ll still put it out there – you also have to be of age.

That said, it would be more convenient to have more options within Canada. In the next section, we will delve into more detail at what Ontario’s plan of action.

Back when Doug Ford was elected in 2018, the Progressive Conservative Party first mentioned the legalization of online gambling in the 2019 budget. Ford’s party had stated that it would look into legalizing a market for online gambling within the private sector.

At the time, Ford and his party worked towards consulting the stakeholders. Nevertheless, things are different this time round. It seems like the 2020 budget will open more doors towards finally taking more action to finally legalize online gambling as stated in the below section:

“In the 2019 Budget, the government stated its intention to establish an online market for internet gaming (iGaming) in Ontario that is both competitive and protects consumers.”

Whilst working towards this goal, Ontario plans to introduce a legislation to give the Alcohol and Gaming Commission of Ontario (AGCO) permission to be responsible of this market, along with regulating it. On top of that, the party also promised to pressure the government into removing the ban on single-game sports betting.

If and when the online gambling industry is legalized, a subsidiary operating under the AGCO would be set up to better manage the relationship between the gaming operators and the Canadian government.

The Economy is Ontario’s Main Focus

Whilst we still need to see how things will play out, it seems like Ford is interested in taking a closer look at how US states like New Jersey, Michigan and Pennsylvania worked towards the legalizing of online gambling.

If we look back at the 2019 budget, the topic of online gambling was brought up in a subsection entitled ‘Expanding Choice and Respecting Consumers’ under the header “Putting People First”. This shows that the main focus in the was personal liberty.

However, we see a change in the 2020 budget. In this case, it was focused on the economic impacts experienced throughout the year. In fact, it has been noted that online gambling serves as a key solution towards economic recovery. Bearing this in mind, it has been filed in within a section entitled ‘Recover: Creating the Conditions for Growth’ under the header “Modernizing Government”.

So what does this all mean for the Canadian economy? According to James Kilby – an analyst for Vixio Gambling Compliance, he believes that the legalization of online gambling in Ontario will be extremely beneficial to the province. In fact, he predicts that it would be worth around $547 million. If we look at more figures, the Canadian Gaming Association predicts that Ontario would settle on a tax rate between 18% to 20%. This means that the legalization of online gambling should generate new tax revenue that lies between ‘in the low hundreds of millions’.

From what we’ve seen so far, the Canadian gambling industry as a whole will benefit greatly from all of this. If you need more proof, just look at the numbers. Casino Reports outlines that the industry in its entirety currently generates an estimated gross rate of $31 billion in revenue per year. Along with that, $14 billion are made just from purchased services across multiple online casino platforms.

Undoubtedly, these numbers will most definitely increase within a couple of years’ time. For starters, it brings in millions of dollars in tax revenue each month. Seeing as Canada’s gambling industry is already thriving, things can only move forward from here.

Ontario is finally one step closer towards legalizing online gambling. Being one of Canada’s largest provinces, this is extremely pivotal towards  growth of the...
Read more
Online Casino

Although all avid casino enthusiasts generally enjoy what NetEnt brings to the table, the company has recently been the subject of controversy. Just days...
Read more
gambling regulations

Back in December 2019, the Cabinet approved a plan to establish a new regulator within the Irish gambling industry. Along with that, Ireland’s publication...
Read more

Ontario is finally one step closer towards legalizing online gambling. Being one of Canada’s largest provinces, this is extremely pivotal towards  growth of the...
Read more
Online Casino

Although all avid casino enthusiasts generally enjoy what NetEnt brings to the table, the company has recently been the subject of controversy. Just days...
Read more
gambling regulations

Back in December 2019, the Cabinet approved a plan to establish a new regulator within the Irish gambling industry. Along with that, Ireland’s publication...
Read more
News

Betfred and the unpaid jackpot case

There have been various insinuations that betting companies try to withhold winnings of players who are lucky to win jackpots. While this doesn’t happen...
Read more
News

The rise of emerging technologies has to be both negative and positive to the poker industry in recent times. Players are constantly looking for loopholes to...
Read more
Load more
BETCARE.NET